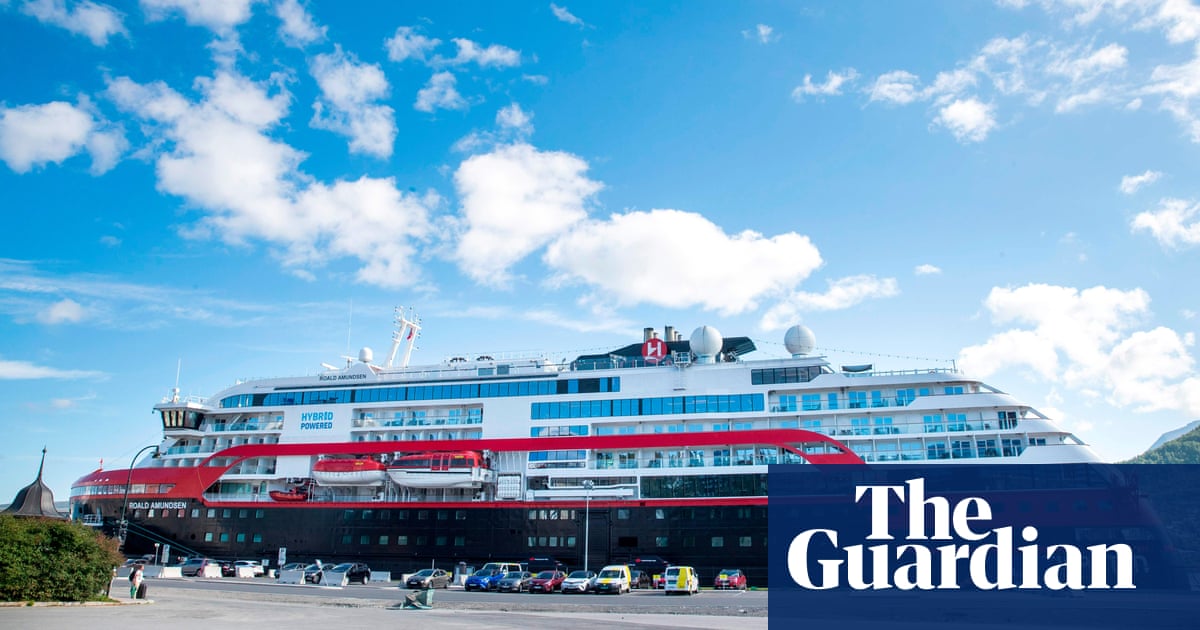 Covid-19 has been detected on at least two cruise ships – one in the Arctic and one in the Pacific – just weeks after cruising holidays restarted.

At least 40 passengers and crew from the MS Roald Amundsen have tested positive for the novel coronavirus, and authorities are trying to contact trace hundreds of passengers from two recent Arctic voyages the ship took.

Four crew members on the MS Roald Amundsen were hospitalised on Friday when the ship arrived at the Norwegian port of Tromsø, and later diagnosed with the respiratory illness. Tests showed another 32 of the 158 staff were also infected.

But 178 passengers were allowed to leave the ship in Tromsø, triggering a complex operation to locate them in order to contain any potential spread.

So far, four of the 387 passengers who travelled on the ship on two separate cruises since 17 July have been found to carry the virus, the Norwegian Institute of Public Health (FHI) and the Tromsoe municipality said.

“We expect that more infections will be found in connection to this outbreak,” Line Vold, a senior FHI executive, said. Passengers have been told to self-isolate.

The Hurtigruten line, owner of the MS Roald Amundsen as well as 15 other vessels, in mid-June became the first to return to oceangoing cruises following a three-month halt due to the pandemic.

Asked later on Sunday whether the authorities had by now located and tested everyone potentially infected aboard the cruise liner, an FHI spokesman said: “Messages have been sent to all the passengers. We’re now seeking to verify that the information has been received and understood.”

In March, the Roald Amundsen was stranded at sea for several days with more than 100 passengers on board, after Chile refused it entry to port because of confirmed coronavirus cases on the ship.

In the Pacific, passengers aboard the Paul Gauguin – docked in Papeete, Tahiti – have been told to stay in their cabins after Covid-19 was detected on board by the ship’s doctor, French Polynesian press reports.

The Paul Gauguin was sailing between Bora Bora and the Rangiroa islands, when a positive case was detected in a crew member. The ship immediately turned around to head back to its home port.

It is not known how many passengers are on board – numbers have been reduced as part of the Ponant company’s strict coronavirus protocols – but infectious disease specialists will test every person on board.

The Paul Gauguin resumed sailing on 18 July for local residents, and on 29 July for international guests. French Polynesia opened its borders to all nationalities on 15 July.

Travellers to French Polynesia must take a Covid-19 test – and return a negative result – within three days of leaving for the islands. A further test is required shortly after arrival.

Alcohol Overview. In the healthcare setting, “alcohol” refers to two water-soluble chemical compounds—ethyl alcohol and isopropyl alcohol—that have generally underrated germicidal characteristics 482. FDA has not cleared any liquid chemical sterilant or high-level disinfectant with alcohol as the main active ingredient. These alcohols are rapidly bactericidal rather than bacteriostatic against vegetative forms of bacteria; they…

7.a. To detect damaged endoscopes, test each flexible endoscope for leaks as part of each reprocessing cycle. Remove from clinical use any instrument that fails the leak test, and repair this instrument. II 7.b. Immediately after use, meticulously clean the endoscope with an enzymatic cleaner that is compatible with the endoscope. Cleaning is necessary before…

The Guideline for Disinfection and Sterilization in Healthcare Facilities, 2008, presents evidencebased recommendations on the preferred methods for cleaning, disinfection and sterilization of patientcare medical devices and for cleaning and disinfecting the healthcare environment. This document supercedes the relevant sections contained in the 1985 Centers for Disease Control (CDC) Guideline for Handwashing and Environmental Control….

Soap and WaterJust the friction from scrubbing with soap (any kind of soap) and water can break the coronavirus’s protective envelope. “Scrub like you’ve got sticky stuff on the surface and you really need to get it off,” says Richard Sachleben, an organic chemist and a member of the American Chemical Society. Discard the towel…

On this page: There is a large body of written material on ozone and the use of ozone indoors. However, much of this material makes claims or draws conclusions without substantiation and sound science. In developing Ozone Generators that are Sold as Air Cleaners, the EPA reviewed a wide assortment of this literature, including information…